A guide to the North Carolina State Budget, including publications available to help citizens understand it. 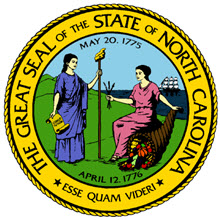 Great Seal of the State of North Carolina

This guide on North Carolina budget publications is intended to help citizens access information on current and past budgets. It is important to remember that the State's fiscal year begins on July 1st and ends on June 30th.

In even-numbered years, (2012, for example) the North Carolina State Budget Recommended Adjustments is issued, based on changes that need to be made in the second year of the biennium.

This guide includes a list of print publications in the North Carolina Government and Heritage Library, and where appropriate, links to a digital version of the publication that can be printed or saved.

Years covered by this guide: 1929-present