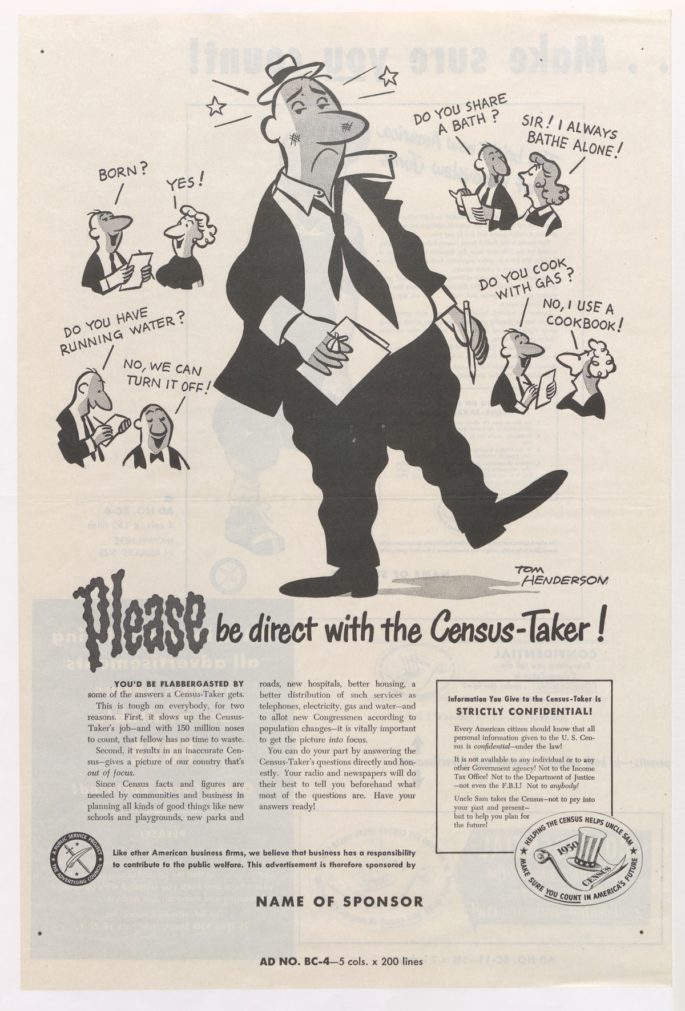 Since 1790, the U.S. government has counted and surveyed the country’s population every ten years -- this is known as the Decennial Census and officially called the Census of Population and Housing.  In fact, Article 1, Section 2 of the U.S. Constitution mandates the taking of the federal census.

The Constitution requires the Census as a foundational element of government structure and functioning of the country. From Congressional apportionment, distribution of federal funds, to military and infrastructure planning, data collected by the Census is used to determine many aspects of political processes, government, and programs that benefit society.  Over time the Census grew to include both population and non-population data.  And although the Decennial Census is the most extensive program of the Census Bureau, since they strive to reach all Americans, the Census Bureau has many other data-gathering programs.

From a research perspective, Census data is used in many domains, including economics and commerce, education and healthcare, sociology, history, genealogy, and many others.

The U.S. census is also considered the “backbone” of genealogical research as it puts individuals in a specific time and place in U.S. history.  The U.S. Census Bureau gathers data for the Federal Government, and the release of names for use in genealogical research is a by-product of the data gathering. In addition, census records can reveal much information about family history.  For example, they can show where a particular person lived, who they lived with, their age, place of birth, occupation, and more.

In general, there are two types of data that come from the taking of the Census.  The first are the original enumeration records.  These are the original data as recorded on the census schedules by census takers, and they contain names collected at the household level.  Federal law mandates a 72-year waiting period -- called the "72-year rule" -- for the original census records to be released to the public to protect this personal information. As an example of this waiting period, the 1950 Decennial Census, taken on April 1, 1950, was released 72 years later with names and images of the original records on April 1, 2022.

The second type of data are statistical data from the U.S. Census (i.e. data abstracted and compiled from the original enumeration) is released within a year or so of the census being taking taken.  This statistical data is critical for federal and state government planning, apportionment of funds at the federal, state, and local levels, and many other governmental and social needs.  This data is used by grant writers, business planners, social and scientific researchers, educators, and many others. In addition, the Census Bureau has hundreds of programs that allow decision-makers to access more timely information about our country and communities.  These Census Bureau statistics and programs are summary statistical data and do not contain the personal names shown in the original census records.

Please note many historical census documents contain terms that may be offensive to some and should be taken in an historical context.